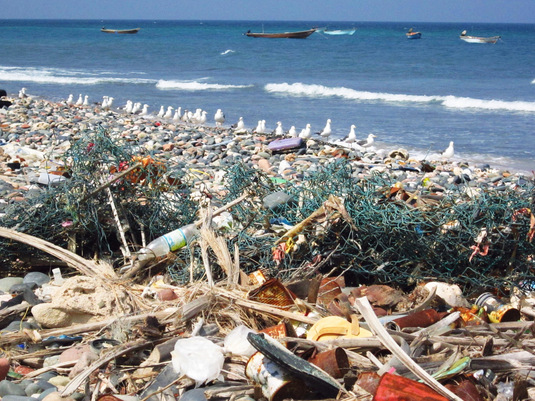 On our way out of office?

In leadership counseling, they tell you about three key considerations for deciding if you should fire someone: 1) Did the person receive adequate feedback? 2) Did the person truly own the feedback and take responsibility for the problem? And 3) did behavior change actually occur?

If the blue planet were our employer, it most likely would have to terminate us. As you read this, at least 10,000 species each year become extinct, about 130,000 km2 of rain forest each year—an area roughly the size of Greece—are destroyed through deforestation, about 6 million people annually die from the effects of air pollution, and about eight million tonnes of plastic a year makes its way into the world’s oceans. We really seem to be failing miserably at this job of living sustainably in the now—let alone for the future. Humanity has received ample feedback on our horrific behavior towards the planet. Time and again, we read about environmental degradation and pollution, we hear the news of natural catastrophes, and we watch documentaries on climate change. Yet so far, we’ve shown little evidence that we own any of these problems, although we have caused them. Owning the problem, however, is not only the prerequisite for behavior change but also key to avoiding termination. No change, no job—so goes the credo of human-resources specialists. Are we on our way out of office?

There is hope, however, in all of these hazardous relationships between humans and planet earth. Threatening as this plastic situation currently is to our oceans, to marine biodiversity, and ultimately, also to our own health, it does not add up to a narrative of utter devastation and human inaptitude for behavioral change. There is light, there is hope—hazardous hope.

It seems that a small group of artists and PR people is taking Benedict Anderson’s Imagined Communities at face value and trying to motivate all of us to do exactly what leadership counseling requires of a good employee (or indeed, one who just barely escapes termination): to own the environmental problems we cause, in a very literal way. They have created an alternative vision for all the plastic in the oceans. Now, they are asking all of us to join in and become citizens of the Trash Isles. 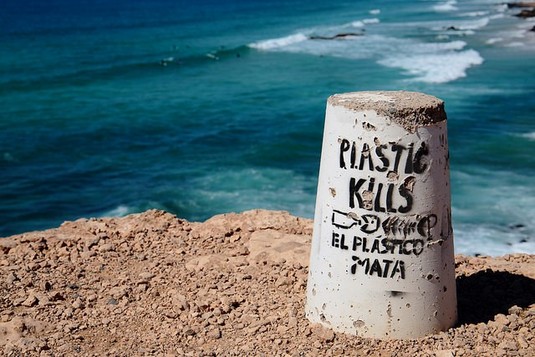 Discover the Trash Isles—Make them your own

The Trash Isles are, technically, not an official country—yet. The proposed nation is an area of rubbish in the North Pacific roughly twice the size of Texas and three times the size of France, although according to marine scientists, its territory is growing every day. Annually, we dump about eight million tonnes of plastic in our world’s oceans. More than half of this plastic is less dense than water, meaning that it will not sink into the ocean. Instead, these plastics persist at sea, making their way offshore. Transported by converging currents, the plastic accumulates in the oceans. Today there are five different plastic accumulation zones in the oceans, the largest of which—the Great Pacific Garbage Patch—is located halfway between Hawaii and California.

Plastic pollution affects marine life in myriad ways. In January 2017, an approximately two-tonne whale beached repeatedly in Norway. Visibly ill, the animal was eventually euthanized. The autopsy revealed that its stomach was filled not with food, but with plastic. The Norwegian whale is not the only marine animal to have mistaken plastic for food. Plastic has been found in more than 60 percent of all seabirds, according to the Ocean Conservancy. Marine animals that consume plastic may suffer from intestinal blockage, abrasive damage and puncturing of internal organs, or starvation when their stomach becomes too full of plastic to eat anything else. Eating plastic also exposes animals to other harmful substances, such as BPA. These substances build up over time in the animal’s system, migrate up the food chain to other animals, and are eventually consumed by us through our food. Plastic waste, finally, also creates food shortages. Marine waste blocks sunlight to plankton and algae, inhibiting their ability to photosynthesize and eventually leading to their death. Plankton and algae, however, are eaten by many other marine animals and a shortage of them affects other marine animals, too. Without a doubt, the situation is grim. 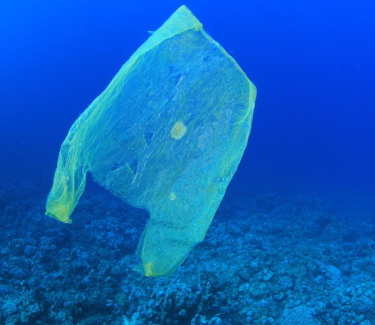 Still, there is light. In June 2017, for instance, the social media and entertainment group LADbible joined forces with the Plastic Oceans Foundation and the ad agency AMV BBDO to fight the massive amount of plastic in the world’s oceans. They launched a prize-winning PR campaign, produced a commercial video, and rallied the support of some important people, such as Al Gore and Judi Dench. On World Oceans Day, they submitted a proposal to the United Nations to recognize the Trash Isles as an official country. If granted, the Trash Isles would be protected by the UN’s environmental charters that state that “all members shall co-operate in a spirit of global partnership to conserve, protect and restore the health and integrity of the earth’s ecosystem.” For the Trash Isles campaigners, this section of the UN Charter is their entry point to charge all the other 195 nations of this world to clean up their act. This would not only mean that every government would have to restructure their policies on plastic waste and actually go out and bring the plastic waste back to land. It would also mean that every single one of us would have to reconsider our consumption of plastic. Consider this for a moment: if each of us chose not to use plastic bags at the grocery store in the interest of meeting national commitments on the environment, it would be a gigantic leap forward.

Nationalism is a curious thing, particularly in our day and age of reemerging populism. Despite all the criticism that has been posed towards newly emerging nationalism these days, the creative group behind the Trash Isles seems to have sided with scholar Benedict Anderson. For Anderson, nationalism was an integrative process that allowed people to feel solidarity with strangers; people they did not know, but oftentimes also people they could not see or meet because they were far away. News, media, and the arts, in particular, helped create such imagined communities of solidarity over great distances that have the power to inspire love, even self-sacrificing love, among members of the community. With the Trash Isles, LADbible have created an imagined multispecies community where we humans can show solidarity with nonhuman species living within our community—although the locality of this community may be the North Pacific. Unlike the waste barges full of US waste roaming the oceans without finding a dumping ground for their cargo in the 1980s, the Great Pacific Garbage Patch and its sister islands would no longer be “the garbage without a country.”

As with any state, you may find flaws with the Trash Isles. You may not necessarily want Judi Dench as your Trash Isles queen—or you may question why the 196th nation of this planet should be a monarchy at all, given that currently democracy is also an endangered species. Yet, you should also be aware that you would be joining a nation with an inbuilt revolution and termination date that would have shamed any Marxist talking about the imminence of socialist revolt. Al Gore, former US vice president, author of An Inconvenient Truth, and first honorary citizen of the Trash Isles wants to “shrink this nation” by adding no more plastic to the world’s oceans. 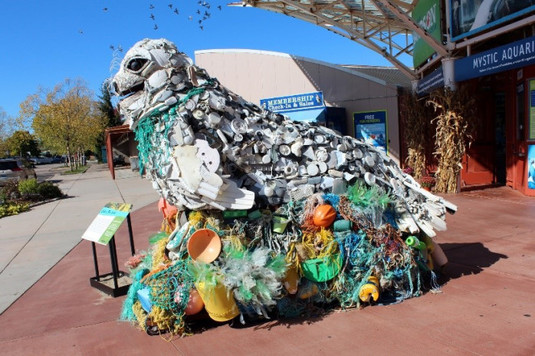 Lidia the Seal is a sculpture made of flotsam like synthetic rope, lids, foam, and plastic pieces that washed ashore on the Pacific Coast. Lidia is part of the traveling exhibit “Washed Ashore” founded by artist Angela Haseltine Pozzi. Photo by Wally Gobetz, 2014 [CC BY-NC-ND 2.0], via Flickr.

There are so many of us

In their anti-plastic attitude, Trash Islanders are part of a growing community that battles with plastic on all levels. Well-known artists such as Attukwei Clottey, James Whitlow Delano, Von Wong, and Veronika Richterova are using plastic in their work to shed light on the problem of plastic waste. As of November 2017, the EU has been fighting the use of lightweight plastic bags, following the example of Kenya in August 2017 and more than 40 other nations, including China, Rwanda, France, and Italy. In urban planning, low-waste and zero-waste schemes are becoming increasingly attractive. Only recently, Mumbai has become the largest Indian city to ban single-use plastics. Engineering companies such as The Ocean Cleanup or SeaBin are developing pioneering technologies to clean up the ocean and get at the trash before it enters the sea. Scientists are working on developing plastic-eating bacteria and fungi (see Maxl and Jonas’s contributions to this series)—and while you read this, you may reconsider what I said about plastic grocery bags. (You may also want to ditch single-use plastic bottles, cups, or cutlery in favor of reusable items, and avoid microbeads in your toothpaste—just to give you some options. . .). Bravo!

Or you could apply today for your plastic passport to nourish this spark of hazardous hope. Just like our little plastic key card allows us to slip back into the office on weekends or evenings, when we try to make up for missed deadlines and all the work that didn’t get done during the day, this plastic passport may be our way back into a life that is more harmoniously in sync with the planet we live on.