Hope in the Murky Waters of the International Shipping Industry 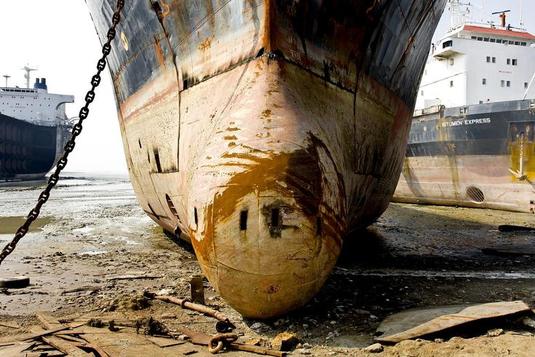 This summer, I went on a field trip to Alang-Sosiya in the northwestern state of Gujarat, India, where geriatric vessels are anchored in the shipbreaking yards for their not-so-respectful funeral rights. They are taken apart bolt by bolt, rivet by rivet, down to their very last ounce of valuable metal. This place is infamously known as the “world’s largest graveyard for ships.” Despite the fact that this “recycling” is making use of vast amounts of material, the negative impacts on the environment unleashed through improper shipbreaking are substantial. Most ships are not properly cleaned of residue oils and fuel before they are sent, and they need to be meticulously dismantled in order to prevent oil spills and other toxins leaching into the environment. As I prepared for my journey, I wondered: Why is India voluntarily involved in this trade of hazardous waste? Is there an end in sight to the export of toxic waste appealingly disguised as “recycling” from the Global North to the Global South? What about the workers who survive by earning their daily living from scrapping these dead ships? As the complexity of these questions drew me towards scholarly despair and narratives of complete declensionism, I stumbled across some hopeful news: Dutch shippers had been sentenced for having demolished ships on an Indian beach. This news made me reconsider my doomy fears and instilled an idea in my head: perhaps it is possible to navigate the Indian shipbreaking industry with a vision of hope.

On 15 March 2018, the Rotterdam District Court in the Netherlands convicted Seatrade, the Groningen based shipping operator and the largest reefer operator in the world, for the illegal export of several 1984-built reefer vessels, namely: Spring Bear, Spring Bob, Spring Panda, and Spring Deli. The ships were exported for scrapping on the beaches of India, Bangladesh, and Turkey in order to save money, due to the lax environmental and safety regulations in these places. This illegal act violated the international laws governing the export of hazardous waste as well as the EU Waste Shipment Regulations (EWSR). According to these regulations, EU member states are generally prohibited from exporting hazardous waste to countries outside the membership of the Organization for Economic Cooperation and Development (OECD) and must acquire prior consent for any such exports. The company has been imposed with fines ranging between EUR 500,000 and EUR 750,000. Furthermore, two of its executives have been banned from working for any shipping company (in any capacity) for one year. A third director has been acquitted. Prison charges were waived by the judges due to the novelty of the case. 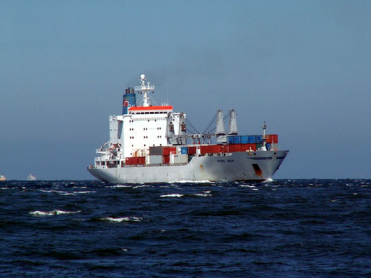 In a recent report, NGO Shipbreaking Platform stated that 835 large ocean-going commercial vessels were sold to scrap yards in 2017 alone, 543 of which were broken down on the beaches of Bangladesh, India, and Pakistan. In the light of these disturbing yet revealing data, Ingvild Jenssen, founder and director of NGO Shipbreaking Platform, welcomed “this groundbreaking judgment that sets a European-wide precedent for holding ship owners accountable for knowingly selling vessels, via shady cash-buyers, for dirty and dangerous breaking in order to maximize profits.”

What is it that makes illegal shipbreaking so dangerous to the environment? First of all, the scale of the operations. The importance of ships is often invisible to us in our day-to-day lives, yet the International Maritime Organization (IMO) states that “maritime transport is essential to the world’s economy as over 90 percent of the world’s trade is carried by sea and it is, by far, the most cost-effective way to move en masse goods and raw materials around the world.” But the connections between ships and toxicity are still not always obvious. What makes these floating vessels hazardous to both humans and the environment is their deaths at the substandard shipyards of the Global South, which emanate toxicity. Their rebirth is facilitated by the destructive labor forces of the shipyards through the recycling of their valuable materials, like ferrous and nonferrous components, wood, heavy machinery, and technological items in good, reusable condition. However, ships, especially those built before 1992, also contain huge quantities of toxic asbestos: a thermal insulating and fire-resistant material used in engine rooms, corridors, exhaust pipes, fireproof doors, as well as in many other places. In addition, many products on board the vessels, such as insulating materials, batteries, and electrical compounds, contain heavy metals, polychlorinated biphenyls (PCBs) in both solid and liquid forms, and Tributyltin (TBT), which is present in anti-fouling paints. Added to this expanding list of toxic materials are mineral oils, bilge, and ballast water. These polluting and hazardous contaminants become all the more life threatening when a ship is demolished—they leach into the environment and come into close contact with workers in the shipyards. 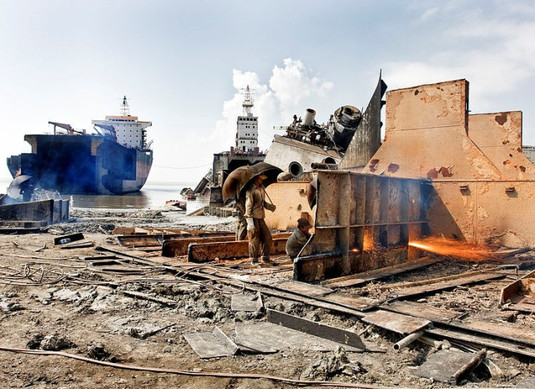 The refrigerated Spring class vessels that Seatrade exported for demolition were used for carrying both refrigerated and dry cargo and therefore contained high amounts of hydrochlorofluorocarbons (HCFCs), along with other commonly present hazardous substances. The court determined that Seatrade’s motive for selling the vessels for demolition via a cash buyer, rather than recycling the ships in a safe and clean manner, was purely financial. The district court judge said: “It is common knowledge that beaching a ship and demolishing it at the spot pollutes water and air, while untrained workers lack the expertise to deal with dangerous materials . . . These practices cause multiple deaths a year.”

To better understand the proceedings of this case, it is important to underline how waste and recycling are understood in the international laws governing the export of hazardous waste. According to EU Waste Shipment Regulations (EWSR), waste means any substance or object that a holder discards, intends to discard or is required to discard. Recycling, on the other hand, means a recovery of materials—in our case primarily steel—without endangering human health and without using processes or methods that could harm the environment. Now, the point of contestation between Seatrade and the public prosecutors was that one party claimed that they had exported the ships for recycling, while the other party charged them for exporting ships for demolition—that is, as hazardous waste. One action is legal, while the other is not.

After evaluating the prosecution’s charges, the district court judges determined that the refrigerated vessels had already been intended for demolition when they left the ports of Rotterdam and Hamburg in 2012, which would categorize the ships as waste despite the fact that they were still seaworthy, certified, insured, and operational. In Seatrade’s defense, executives claimed that the ships were sent to South Asia for “recycling.” The prosecutors countered the defense by stating that substantial quantities of hazardous waste were also exported, including at least asbestos and HCFCs, making recycling impossible given the substandard operations in place at the Indian, Bangladeshi, and Turkish shipyards. 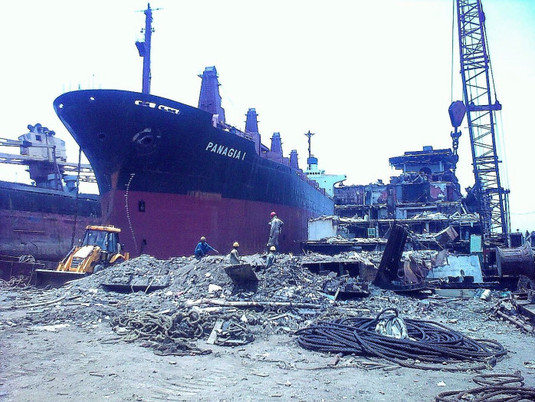 Shipbreaking in progress at Alang. Photo by Anil C Patel [CC BY 3.0].

Today, Seatrade still disagrees with the court’s judgment that “fully certified, a seaworthy vessel should be considered waste within the meaning of European Waste Shipment Regulations (EWSR) since the ships were operational till the very last moment and represented millions of euros in value at the time of sale.” The company therefore plans to proceed to the Hague Court of Appeal for acquittal from the criminal charges levied against it.

What will change with this hopeful court verdict? Authorities in Norway, Belgium, and the UK have been paying close attention to the court proceedings and the final verdict, as they are currently investigating similar cases. Seatrade’s conviction has underlined the realization by courts of law, investors, and major shipping banks that better ship recycling practices are needed and should be strictly enforced. Moreover, ship owners should be held accountable for their intentional and misinformed actions in the murky world of the international shipping industry. For me, the penalization of the shipping company has helped me to shake my doomful fears and to rethink the issue. It has helped me find hope—hope that the inhabited territories of Alang will not always be treated as a graveyard for toxic ships; hope that one day, workers will not die from slow poisoning as they dissect vessels bolt by bolt, piece by piece, with the help of only the most basic technology. If international ship owners are driven to take prior decontamination seriously, then the concept of recycling—that is the recovery of materials without harming the individuals and their environment—will become possible.