Barbo Soller and the Emergence of Modern Environmentalism in 1960s Sweden 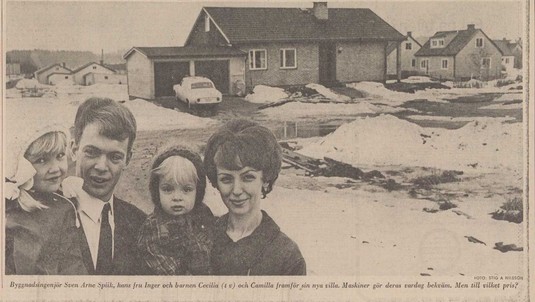 The historiography of modern environmentalism revolves around scientists, intellectuals, activists, and politicians. Hence, we know much about the likes of Rachel Carson and Barry Commoner, the formation of the environmental movement, and the making of new environmental policy. However, the role journalists played in, and for, these turn of events remains underdeveloped. Who were the first environmental journalists? What did they do? What consequences did their writings have? In this blog post, I will address these questions by highlighting the work of Swedish journalist Barbro Soller and her public breakthrough as an environmental journalist in the spring of 1968.

Barbro Soller worked for the largest and most influential Swedish newspaper of the 1960s, Dagens Nyheter, and made a gradual transition from general reporter to environmental journalist. Her career intertwines closely with the emergence of environmental concern in Swedish society, notably the “environmental moment” in the fall of 1967. During this pivotal phase, a number of well-respected Swedish scientists entered the public fray and warned of a looming environmental crisis. In the wake of the intensified debate, Barbro Soller took on a new role as an investigative environmental reporter. In the spring of 1968, she traveled through Sweden to document the alarming state of the environment. In contrast to mainstream journalism at the time, Soller took a comprehensive—rather than piecemeal—view on environmental degradation. Thereby, she exposed how various issues were interrelated. Her ambitious report-series, “Nya Lort-Sverige” (New Filthy Sweden), ran from April to June and all seven installments made the front page. 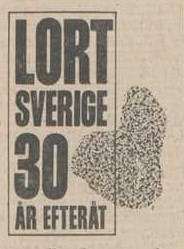 The title of the series paraphrased Ludvig Nordström’s well-known social report book Lort-Sverige (1938), which had exposed the harsh and filthy living conditions of the poor in the 1930s. Nordström’s book had a profound impact on Social Democratic policy and the expansion of the modern welfare state. Barbro Soller’s main argument was that the sanitary problems revealed by Nordström had not disappeared, but had just been relocated. Swedish homes were cleaner in 1968 than in 1938—but as a result, Swedish nature had become polluted. For air, soil, water, and wild animals, the consequences of rising affluence were dire.

Barbro Soller collaborated closely with the renowned photographer Stig A. Nilsson. Together they exposed and pondered on polluting activities and environmental decay. Every piece began with Soller alluding to Ludvig Nordström’s work, thereafter linking his description of Sweden in the 1930s with subsequent developments. In the series, Soller had a special focus on the environmental consequences of modern conveniences, such as cars, water closets, washing machines, and dishwashers. For example, she portrayed a modern “villa-family,” and got the State Institute for Building Research to measure the environmental consequences of their lifestyle. On the front page of Dagens Nyheter (see featured image above), the young couple stood in front of their new house, holding their two kids. The caption read “Modern machines make life comfortable. But at what cost?”

The last installment of her series focused on the paper and pulp industry in Sundsvall. Soller examined the activity of SCA (Svensk Cellulosa AB), one of Sweden’s largest corporations at the time. She told the story of how the smokestacks of Sundsvall had impressed Ludvig Nordström. To him, they were a symbol of industrial progress. To Soller, they represented a massively polluting industry. She discussed how SCA used the ocean as a dumpster, not taking into consideration the long-term consequences of the disposal of chemicals. Moreover, she emphasized the need for a discussion on how the costs of environmental restoration and preventive measures should be distributed in society. There was, she insisted, an emerging environmental consciousness in Sweden, but it had to be followed by a new willingness to take economic responsibility. The politicians, the large corporations, the agricultural sectors, the scientists, and the people had to work together to redress the situation. 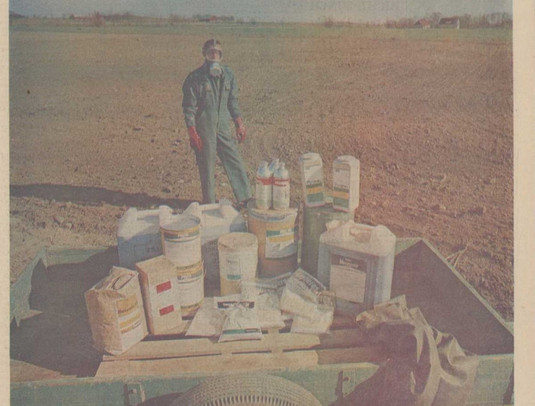 In 1969, Barbro Soller revised and published her series in the form of a paperback book, richly illustrated by Stig A. Nilsson’s black and white photography. Thereby, her environmental journalism became more accessible to the public. The cover of the book featured a spring scene of a forest, were coltsfoot rose through leaf litter. Inside, Soller began by portraying Stockholm as a city for cars, unfit for pedestrians. Particularly illustrious was a photograph of a man holding a white filter, which had turned black just an hour of morning traffic.

Nya Lort-Sverige received positive reviews and a second edition was printed in 1970. However, compared to the major environmental bestsellers of the era, notably Hans Palmstierna’s Plundring, svält, förgiftning (1967) and Gösta Ehrensvärd’s Före—Efter: En diagnos (1971), Soller’s book was not a huge commercial success. However, it established her position as an environmental journalist with an independent critical agenda. In the early 1970s, she made a transition to national television, where she pursued environmental journalism throughout the 1970s and 1980s. Her long-term impact on Swedish environmental journalism is hard to overstate. She pioneered, and embodied, the investigative critical reporter, dedicated to exposing the unwanted consequences of modern life.

The historical importance of the likes of Barbro Soller in bringing about social transformation remains however a marginal research topic. Historical accounts of the activities of environmental journalists are scarce and fragmentary. One reason for this is that such a venture, until recently, has been a time-consuming project—few journalists have left a personal archive (which contrasts sharply to scientists, politicians, and environmental organizations). Hence, their prospective historian would have had to trawl through years of microfilmed newspapers in order to assemble a sufficient body of source material. However, the recent digitalization of newspapers changes this. Today, it is possible to follow journalists closely in their tracks. The historiography of modern environmentalism would surely be enriched if historians turned their attention towards them.