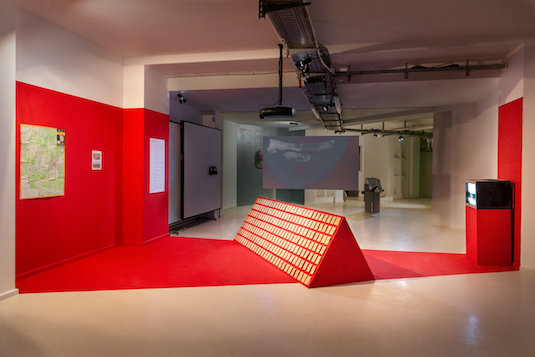 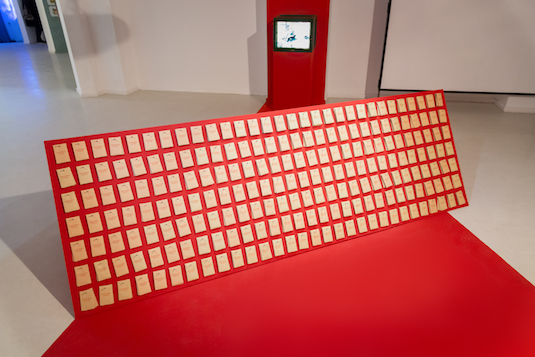 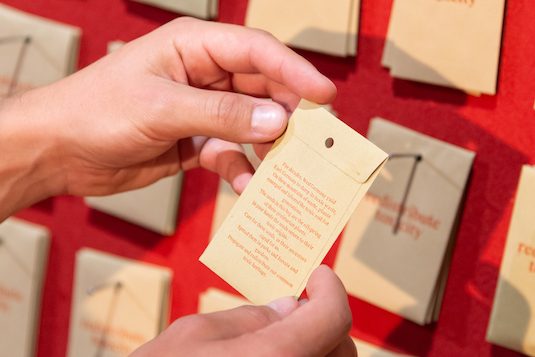 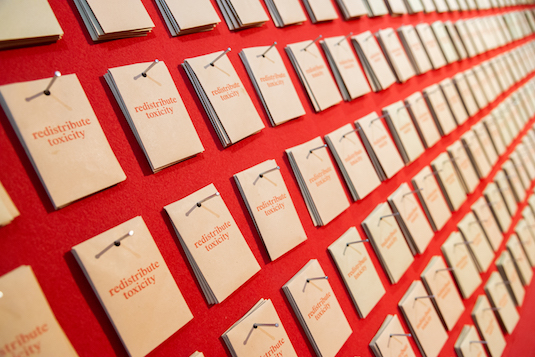 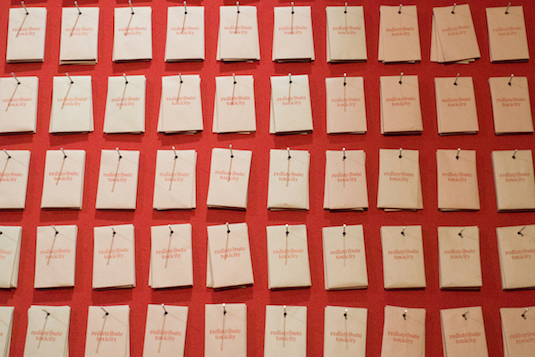 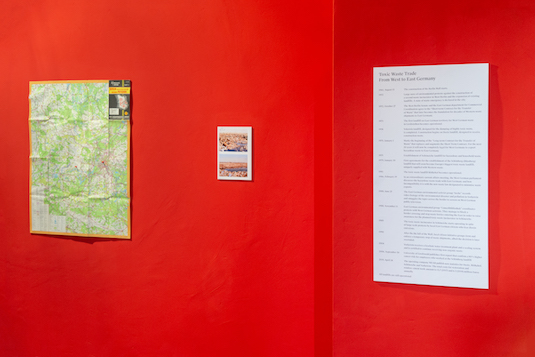 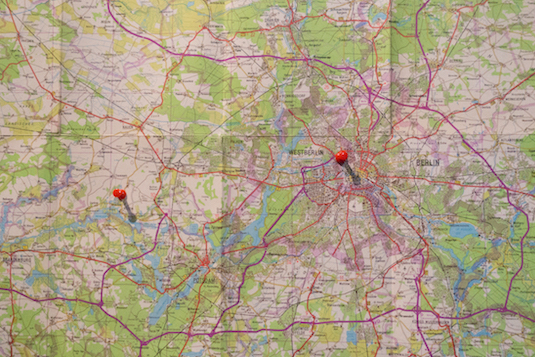 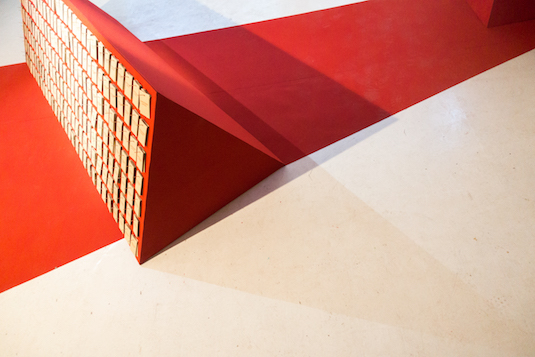 At the center of the installation Redistribute Toxicity is a triangular red display with bags of seeds collected in the nature reserve surrounding Vorketzin toxic waste site. This landfill emerged from a deal struck between former West and East Germany in 1972, when the West began to pay the East to dump its toxic waste on its land – a process which we call externalisation (Stephan Lessenich) and is magnified today in the form of the global (toxic) waste trade.

The seeds enclosed in the bags are inheritors: seeds that descent from plants that were forced to become “indigenous” to toxicity. Generations of these plant workers labored the soils and cared for the toxicity of the former West dumped in the former East. In this project, the seeds return to the place where the toxic waste was outsourced from in the first place. As such, Redistribute Toxicity invites for reciprocal care through redistribution and propagation of toxic inheritance. Not to outsource, but to practice co-existence by insourcing our toxicity. Visitors were encouraged to take a bag and redistribute the seeds in gardens, parks and forests.

The installation further consists of various historic documents mapping the toxic waste trajectory from West to East Germany since 1973. Archival film footage from 1974 shows the Berlin wall becoming porous: not for humans, but for trucks filled with hazardous waste crossing the barrier effortlessly. A photograph taken in the late 1980s at Vorketzin landfill depicts two unlined waste pits filled with unsorted hazardous material. A geographical map from 1976 details the relation between SAVVY's position in former West Berlin where the toxic seeds are redistributed and the location of the landfill Vorketzin where they were collected. A timeline by Jonas Stuck details key events in this embryonic example of the global toxic waste trade.

Review of the exhibition:

Project by:
Jonas Staal in collaboration with Jonas Stuck

Commissioned by:
SAVVY Contemporary – The Laboratory of Form-Ideas, Berlin (Germany)